I read during the 1970’s, most likely in a photography magazine, about the use of collapsible rubber lens hoods to take photographs through windows. They do work, specially if one manages to find a stiff enough one that will not collapse instantly at the first bump in the road or in the flight. Hama branded rubber lens hoods did work well for this purpose 45 years ago and those currently available from Hama also do work well. The problem is that given their size one has little room for deviations from pointing straight into the window as vignetting quickly becomes a problem. Neither can one use them with wide angle lenses.

Last year I bought the Ultimate Lens Hood (ULH) from Kickstarter, at a price that was neither unreasonable, nor cheap: £ 30. The idea was very good but the design failed to provide a usable gadget: it was unwieldy in its size and at the same time too soft to properly keep its shape while in use as I earlier described. In the end the ULH simply stayed in storage and  I continued using a rubber lens hood to take photographs through windows.

Almost half a year later I saw at AliExpress (under the title “Reflection-free Collapsible Silicone Lens Hood for Camera Mobile Phone Small/Large”) a new development on the same idea but cheaper, so I decided to order the two sizes they offered. They arrived today. They are big, but not excessively so. They are conical, but the back is very broad avoiding vignetting even when tilting wide angle lenses. The wall is stiffer and rarely collapses by accident. Even the solid ring for the front end that I had in mind has been added. The problem of having to stretch the near end over the front of the lens remains. However, I did find a solution to this. In conclusion, this is not a knock-off of the original “ultimate lens hood”. These lens hoods have been redesigned to solve most of the problems I complained about in my comment from last December. After I get to use this new hood for a couple of window photography sessions I will write a post about them.

So, I have now used it to take a few hundred photographs through the windows of long distance buses, trains and aeroplanes, and it is time for me to publish the promised post.

First how did I modify this Chinese lens hood for which I paid less than 10 €? The hole at the rear of the large-size hood has a diameter of 60 mm. This is the right size for fitting the threaded metal ring from the Hama 62mm rubber lens hood that I had (the ring from a cheaper one should also work!). The ring stays in place without glue as it fits snugly, maybe a little too tightly. Now the lens hood can be easily screwed to the front of a lens, directly or with a step up ring. One might need to be careful not to put too much stress on the front of “kit” zoom lenses when using this large hood (specially on bumpy bus drives), but with prime lenses with internal focusing or zooms that are well built there should not be any problems.

I have not yet modified the small-size hood. To be able to install the threaded ring from a 36 mm rubber hood, as is my aim, I need to enlarge the hole at its back. (I am waiting for a suitable tool that I have bought to be delivered.)

Whoever designed these Chinese lens hoods did a magnificent job! I can only imagine someone spending a lot of time getting the right shape for the hood plus achieving by trial and error exactly the needed stiffness for the rubber wall. To my surprise I also discovered that it not only can be fully collapsed when not in use, but it is perfectly usable not only fully extended but also collapsed half way. This is in fact extremely useful: collapsed half way it causes no vignetting with my M.Zuiko 12-40 mm f:2.8 zoom even when set at 12 mm. When fully extended it gives additional room to manoeuvre at normal and telephoto focal lengths.  Adding the stiff plastic ring to the front helps a lot, even more than what I had expected. This ring is smooth and when one very slightly presses the hood with the camera, it generates very slight suction that helps to hold the hood against the glass. So, my only complain is the lack of the threaded ring that I had to add. The objectives I use do have controls very close to the front so it is not possible to stretch the hood over the end of the lens. With a wide angle lens it is also difficult to stretch it over the very shallow plastic or metal hood.

Compared to a normal rubber lens hood one gains better control of reflections and very importantly the possibility of properly framing and composing images without causing vignetting. All my tests were done with an M.Zuiko 12-40 mm, f:2.8 Zoom from Olympus for MFT cameras.

A few example photographs taken during a recent trip to Spain through windows. I used the oversized lens hood from Aliexpress described above. Some of the windows had dark grey tinted glass and required use of rather high ISO and adjustment of white balance in post-processing. 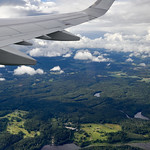 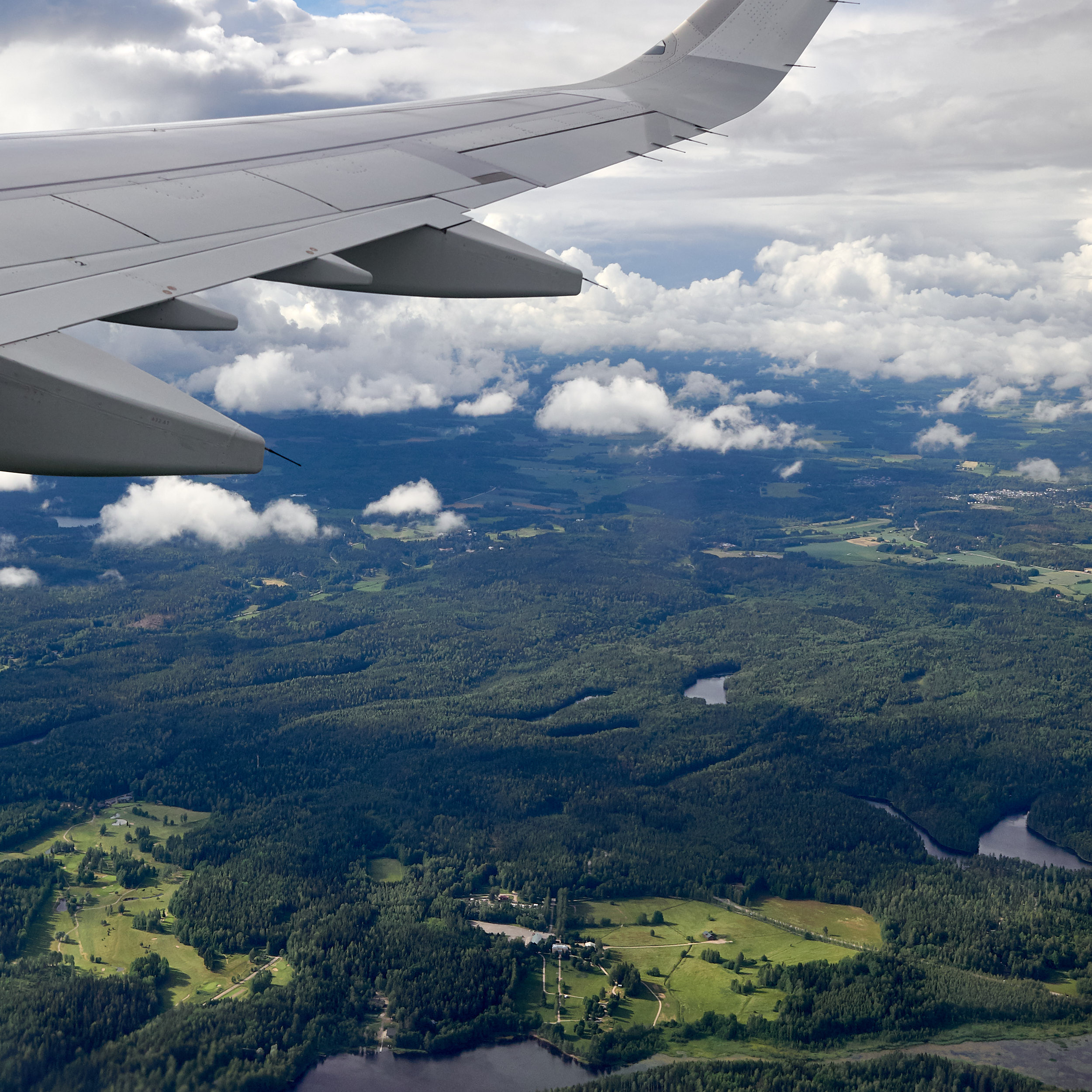 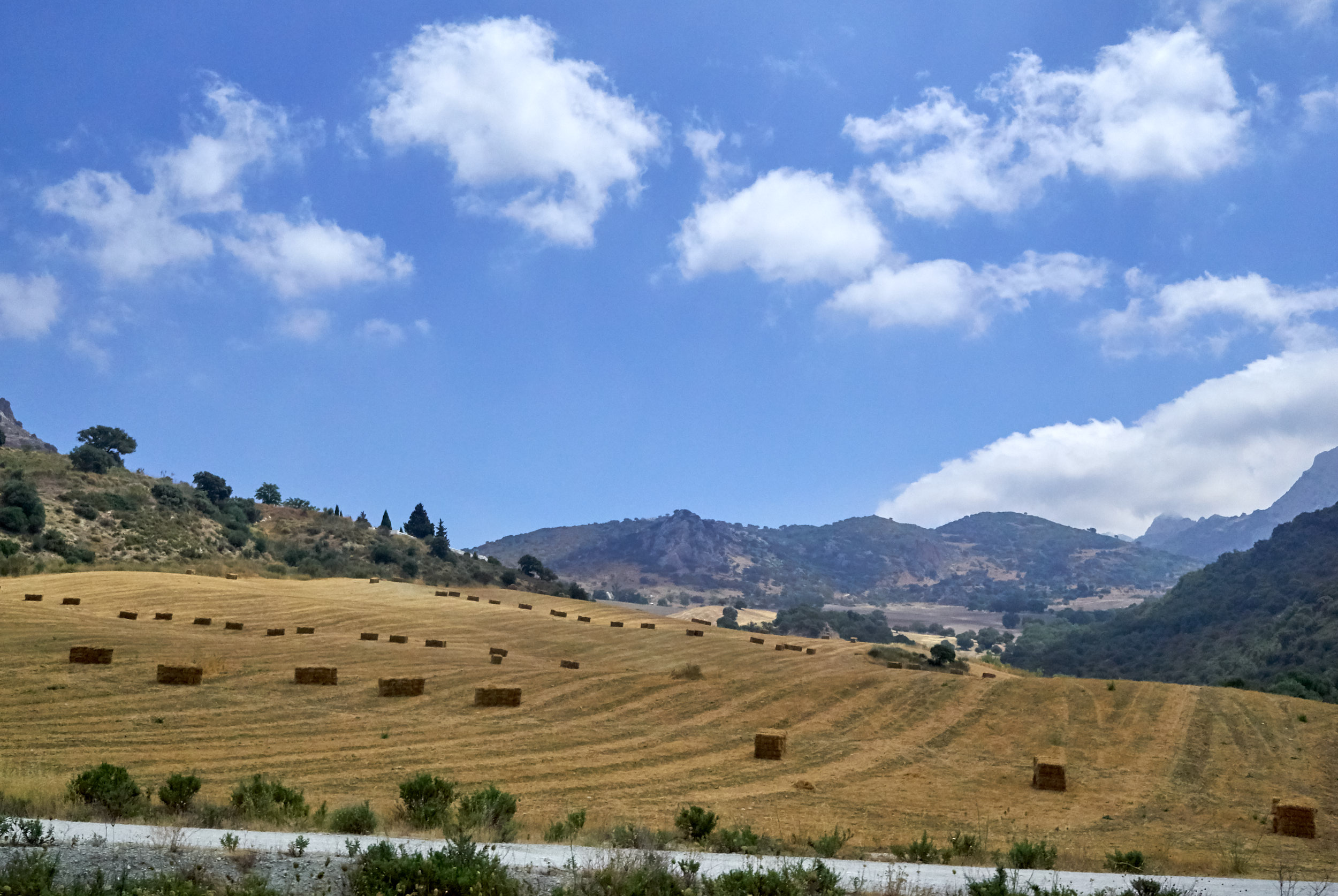 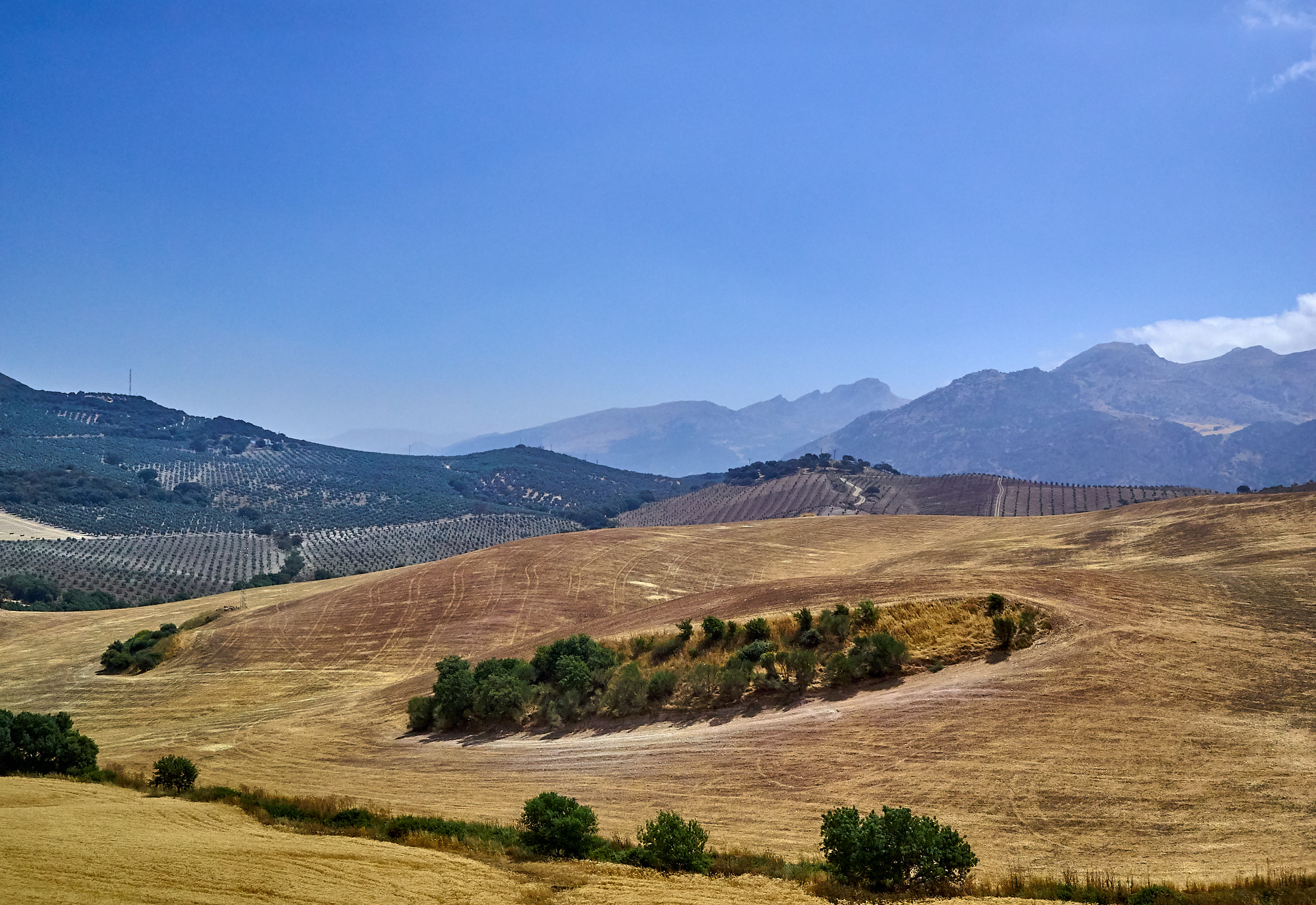 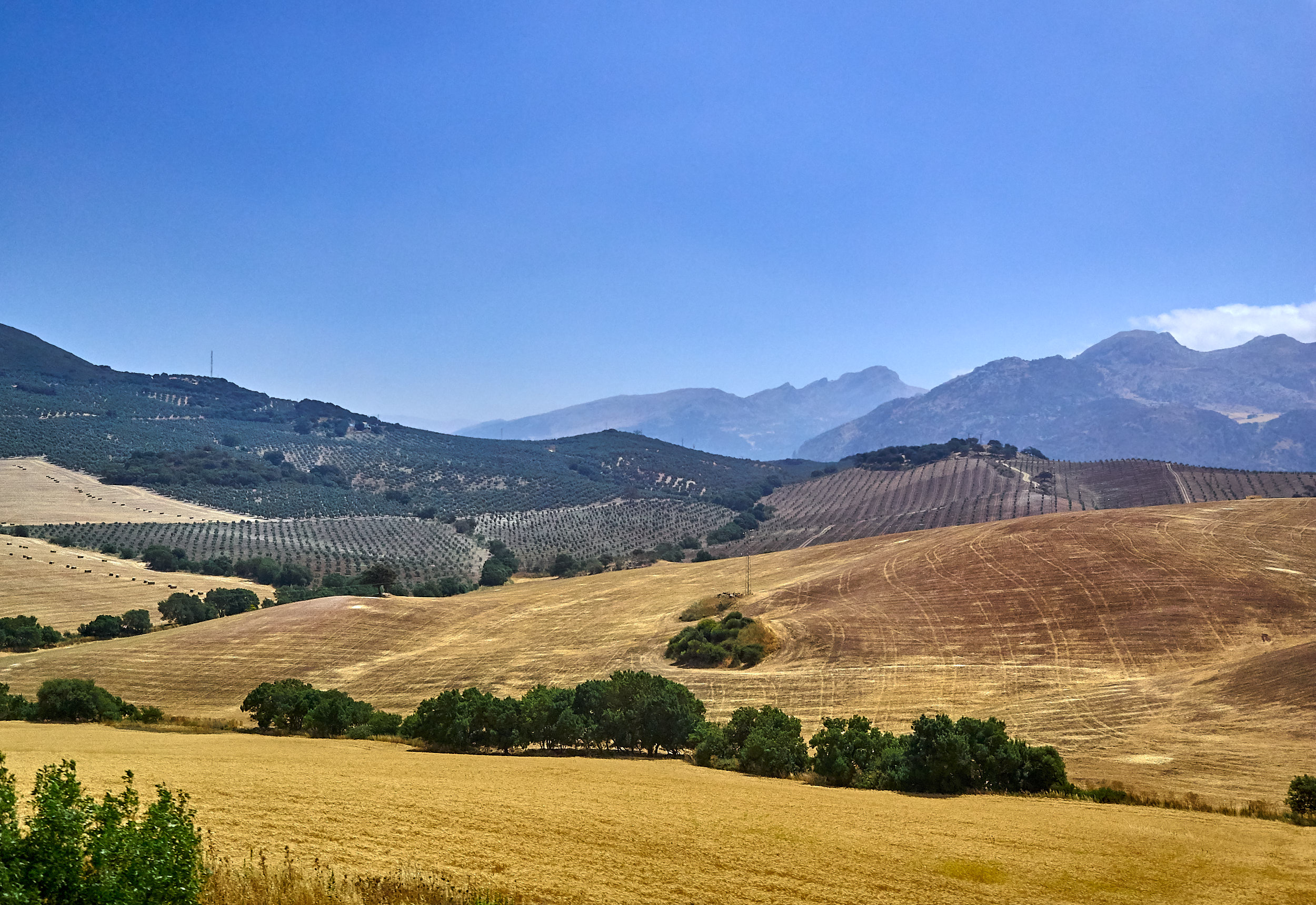 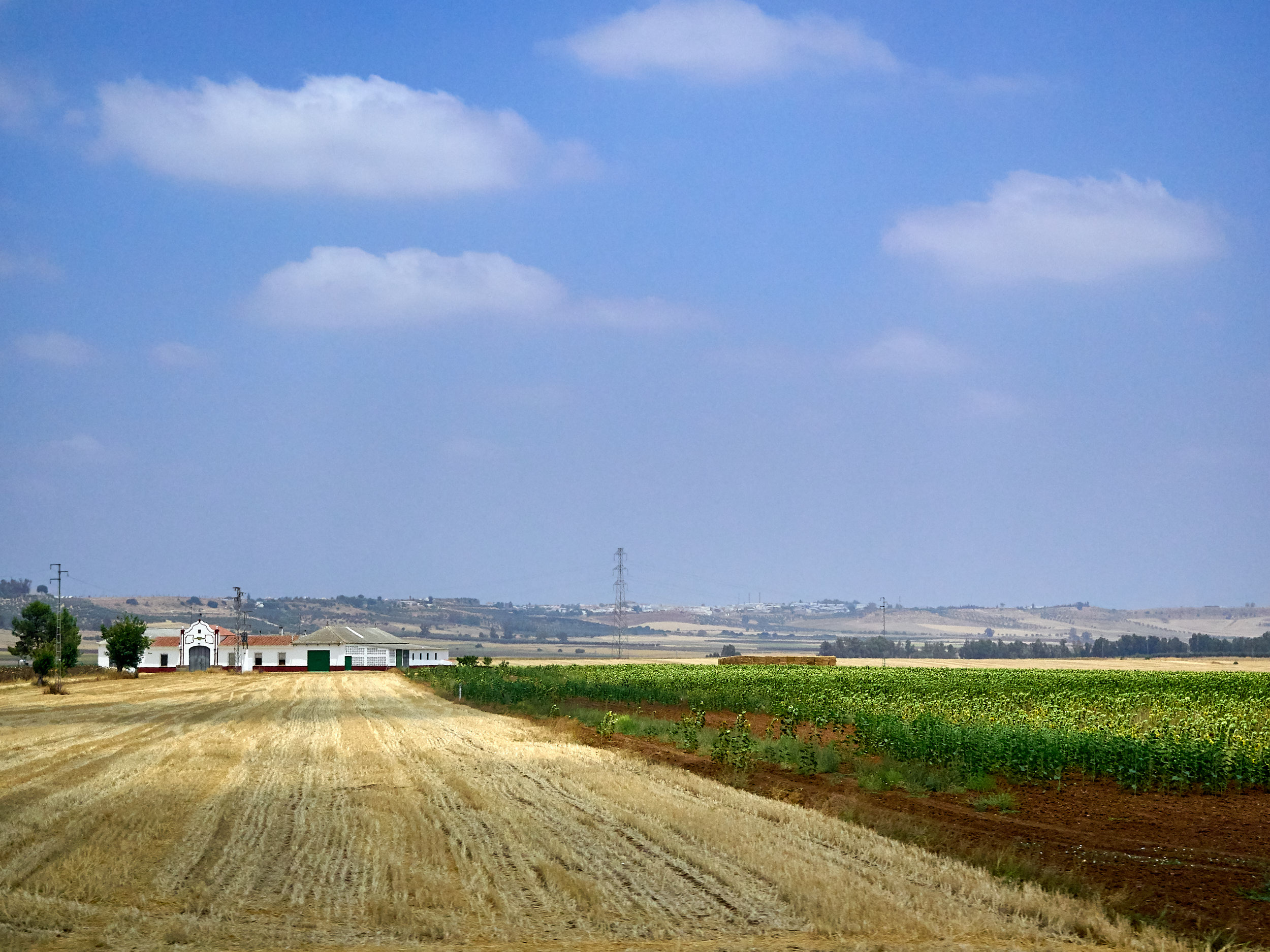