I joined a field measuring campaign organized by my collaborator T. Matthew Robson with the participation of José Ignacio García Plazaola and Beatriz Fernández-Marín from the University of the Basque-Country (see Matt’s CanSEE and my SenPEP blogs for information on our research). We spent the last week of May the at 2100 m a.s.l. in the Alps at the Jardin Botanique du Lautaret measuring solar radiation and the responses of plants to it. I did some measurements of solar radiation but spent most of the time photographing plants and lichens to record their optical properties in the ultraviolet-A, visible and near-infrared regions of the spectrum.

This posts contains several galleries of photographs from the site and the vegetation.

The location and the crew

This first gallery contains some views of the site, an experiment and the crew (except myself). 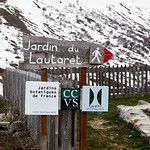 I took photographs both outdoors under natural light and indoors using artificial light from LEDs or a flash. For some of the photographs I used focus bracketing and stacking to increase the depth of field.

The Station Alpine Joseph Fourier keeps an extensive set of excellent photographs of alpine plants from around the world at Flickr. They also have grouped the albums from the Alps into collections based on regions.

Photographs taken outdoors, either with sunlight or electronic flash as illumination. 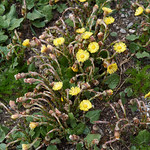 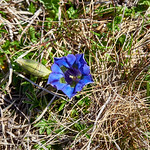 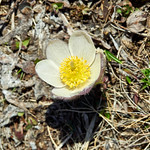 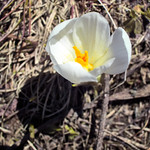 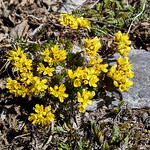 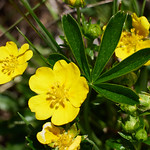 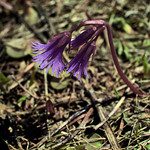 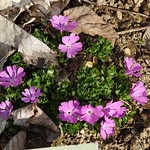 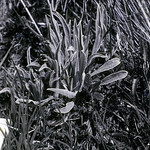 The next galleries show lichens (at least Xanthoria (orange fluorescence from Parietina), Acarospora y Rhizocarpon (both with yellow fluorescence from rizocarpic acid). Almost all the photographed lichens were growing within a few square meters on a memorial of the Scott’s Antarctic expedition, erected within the botanic garden in 1913.

I took the first set of photographs using an Olympus E-M1 camera in sunlight. These photographs have a reliable white-balance from a reference white or grey card. 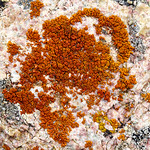 Lichens from the Alps
17 photos

Images below taken with a full-spectrum converted Olympus E-M1 camera, using filters passing visible light, ultraviolet-A radiation (Baader U or StraightEdgeU) or near-infrared radiation (Hoya R72 or Zomei 850 nm). Visible light images colour was edited to match that seen with the help of a custom colour profile and reference images taken with an unconverted Olympus E-M1 camera (gallery above).

The size of the reference Teflon slab used is 100 mm x 100 mm. In the case of close-up photographs an automatic Kenko MFT macro extension tube with 10 mm length was used. 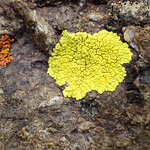 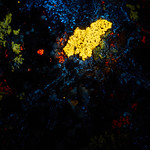 An Olympus E-M1 camera converted to full spectrum by replacement of the sensor filter, a Sigma 30mm f:2.8 DC A objective and selective filters were used. The transmission spectra of two of the filters used are shown below.

The emission spectrum of the filtered UV-A flashlight used for excitation is narrow, and contains almost no visible light.

The filter stack blocks the ultraviolet radiation from the flashlight (cf. spectrum above) but transmits the fluorescence emitted at longer wavelengths. The internal filter of the unmodified Olympus E-M1 camera blocks most radiation longer than 700 nm and shorter than 380 nm.